Studies, and our experience working with professionals, consistently highlight that fact that most working adults are in the midst of a mediocre career.  Given the time we spend on-the-job and in our career, a mediocre career leads to a mediocre life.  This is one of the under-reported issues of our day.

Why so much career dissatisfaction?  And more importantly, what can someone do to take control and breakout of a career slump?

So, let's anwser the first question, why so much career dissatisfaction?

In our book Don’t Dread Monday we address on three systemic reasons for massive career dissatisfaction:

1. Most people do not have self-insight into what they love or need to be happy in their career.

2. Organizations are not in the business of organizing work around your passions.

3. Much of the accepted career advice is wrong, even toxic.

As a result of these three common issues, most people are essentially sleep-walking through their career, becoming a slave to circumstance and often treating work as a nine-to-five necessity.

So, what do you do about it.  What can you do to take control and breakout of your career slump? 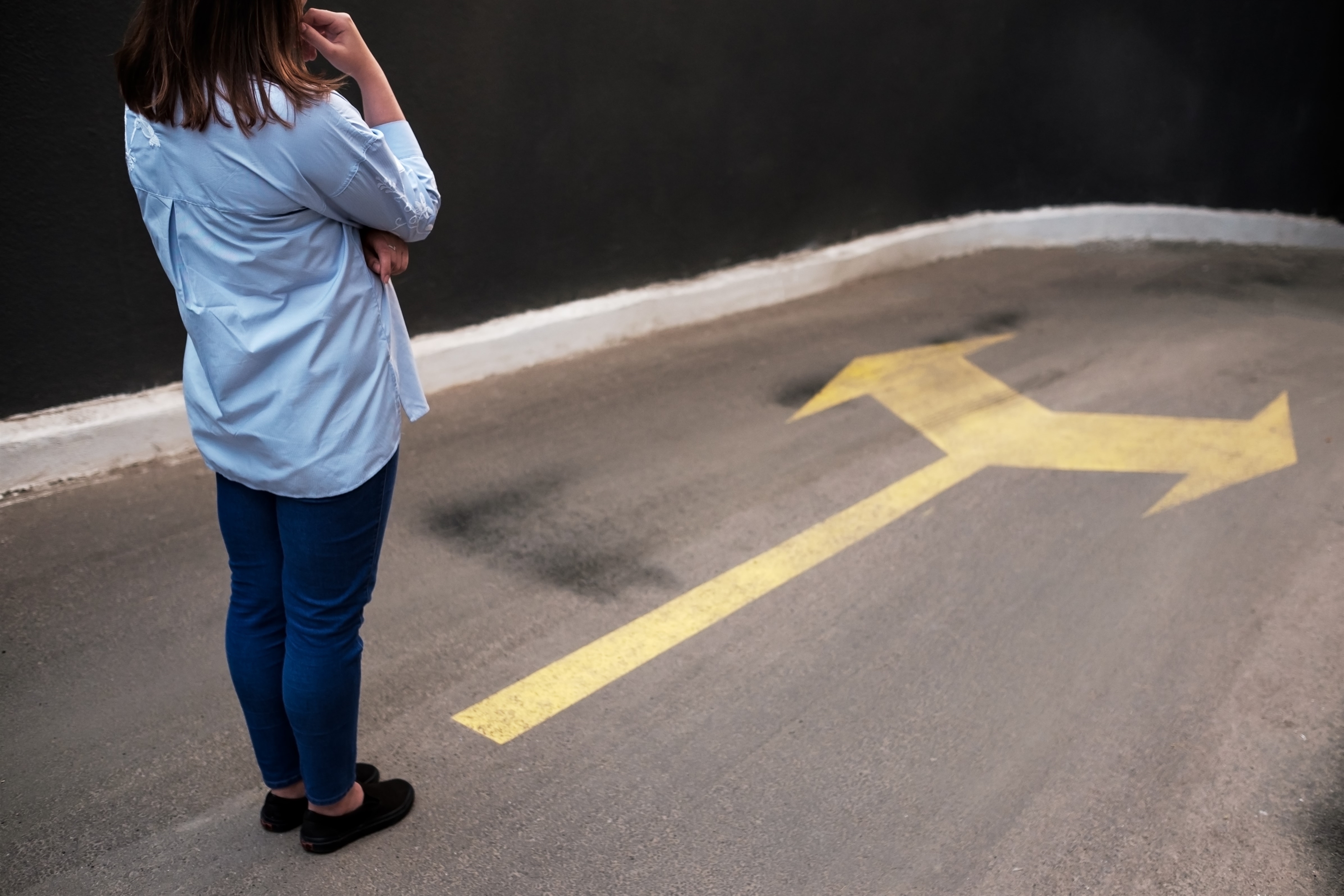 The four steps below offer a path to self-awareness, action and influence in taking control of your career, and in many ways, your life.  If you are serious about you career success, I encourage you to dive in and do the work in each of the four steps below.

1. Define Your Perfect Role -- Using your career declaration as a guide, think about the kind of work you love to do; in other words, your perfect role.  In defining your perfect role, start with a blank slate and forget what roles may or may not be in your current organization.  Then, ask yourself the following question:

In answering this question, deploy the power of visualization. Take some time to picture what you would be doing in a perfect day, week and month. Visualizing your perfect role is not simply a nice thing to do.  There is incredible power in focusing your mind and heart.  Seeing your career is the first creation.  All successful creators - whether they are performers, athletes, designers, trainers or business people – rely on active visualization to shape and create.

Arnold Schwarzenegger used the power of visualization to achieve multiple Mr. Universe titles.  Before each weight lifting session, he would see the muscle as he wanted it to be.

In many workshops, we have illustrated the power of visualization by having two groups perform the same task, the only difference being that one group visualized successful completion of the task before completing it.  The group that visualizes always performs significantly better.  Success really is 90% mental.  You should foster this capability of visualizing. It starts by creating your perfect role in your mind.  Be clear and specific around those elements of the work that are important to you and your career declaration.

This exercise may take a while – hours or even a day – and it is not completed until you have clearly defined one absolutely excellent role for yourself.  Once completed, you will have energy that is very focused.  You will know in great detail what the role looks like.  To be clear, this perfect role is dynamic.  You are never locked into a role but instead can visualize your roles and change when needed. If your perfect role description happens to be your current role then you can return to your position with a renewed sense of commitment. However, for many of you achieving your perfect role will require you to extend your current role or shape a totally new one.

2. Do Your Homework – with the description of your perfect role in hand, it’s now time for you to do some research.  Specifically, you need to find out where your role would best fit inside or outside an organization.  This may be obvious, and if it is, move ahead to number 3.  If this is not obvious, answer the following two questions.  Answering these questions may require you to talk to some people, possibly people you don’t know personally.  The objective is to gather different perspectives:

Is my perfect role the same as or similar to a current role?  Where is this role(s)?

If my perfect role is not similar to an existing role in my organization, where is this role?  Where could it add the most value?

These questions will generate some ideas and options.  It’s important to consider all the information and identify where in the organization your perfect role would best fit.  In considering this, you need to really consider what would be best for you and the people in your organization.  In other words, think of where you could have the biggest impact and how it would affect the people and your organization in the most positive way.  Not only is this the right thing to do, it will also help you influence people to shape and sustain this role in your organization.  Once you have clarified where in the organization you need to be, you will have completed the internal creating work and will be ready to begin shaping your perfect role in steps 3 and 4. 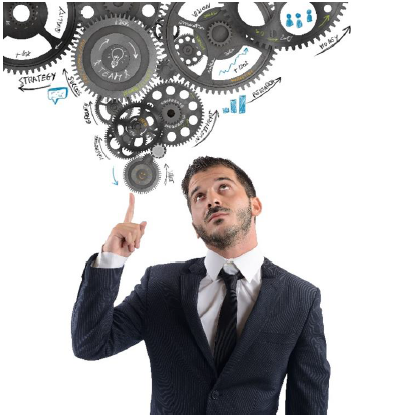 3. Influence the Players – as discussed in Don’t Dread Monday, organizations are simply people and because of that, decisions in organizations are not always rational.   Achieving your perfect role requires you to identify the people you need to influence to shape your role.  The players may be any number of people.  It could be your manager who can approve a simple expansion of your current role, or it could be people and groups who need to believe in the possibilities of the new role you want to shape.  When going through this process, be courageous and remember that the key leaders and groups you are influencing are simply people who will be engaged by your facts and your passion.  Always look at yourself from their skin and assume the view from the balcony.  In other words, don’t get so focused on the role you are in and want that you don’t understand other perspectives, and how your desired role impacts these key players.

4. Be Patient, Be Observant – once you know what you love and want, it’s difficult to be patient.  It is easy to get frustrated and even cynical when others don’t do what you want or quickly react to what appears to be in the best interest for everyone.  When this happens, remember that it is a career, not a job.  Shaping your life’s work is rarely a quick process.  Be braced for the fact that it may take a while - weeks, months, even a year or more – to shape your perfect role.  In this process use all the elements of the outer wheel and don’t give up as both conventional and non-conventional things will happen to enable you to move into your perfect role.  And, when the opportunities present themselves, pounce!

The story of a colleague we will call Kim is illustrative of how to be patient and be observant.  Upon turning 40 years old, Kim took some time to figure out what he wanted in the rest of his career.  He uncovered his passionate core needs and developed a career declaration.  In defining his perfect role he saw himself leading a small performance consulting group in his organization.  At the time he visualized this role there was no performance consulting group in his company and as an HR Director, he had never managed an internal consulting group before.

Kim did all the right things to shape his perfect role.  He did his homework, and met with and shaped the thinking of key stakeholders.  And, he generated a lot of support as people felt his enthusiasm and saw the possibilities of a performance consulting group in the organization.  However, after five months, Kim was still in his HR Director role and there appeared to be little progress made to shaping his perfect role.  In fact, with the down-sizing his organization was going through, Kim was being asked to do more than ever.  Organizational resources were stretched, and there was little desire to add more headcount in the form of a performance consulting group.  Kim was frustrated and considered leaving the company.

At this time Kim attended a meeting with one of his key players, the head of the regional business unit his HR group supported.  In the meeting, the regional leader discussed his concerns about the organization after the down-sizing was completed.  He was worried about the integration of the “right sized” organization and all the cross-functional issues that needed to be managed in the months and year after the new organization was formed.  Seeing an opportunity, Kim reminded the leader of the performance consulting group concept and discussed the possibility of having a group like this focus for one year on new organization issues.  To the leader and all others in attendance, this seemed like a sensible, even obvious, solution.  With the sponsorship of the regional leader, Kim was able to easily influence the global Human Resources head and organize a performance consulting group.

In retrospect, Kim realized that if he had not seen the performance consulting group five months before this meeting, he would not have thought of it as a solution to deal with down-sizing issues.  He also realized that had he taken the view from the balcony and not assumed the victim stance, he would have seen this possibility earlier.