How to Make Smarter Career Decisions 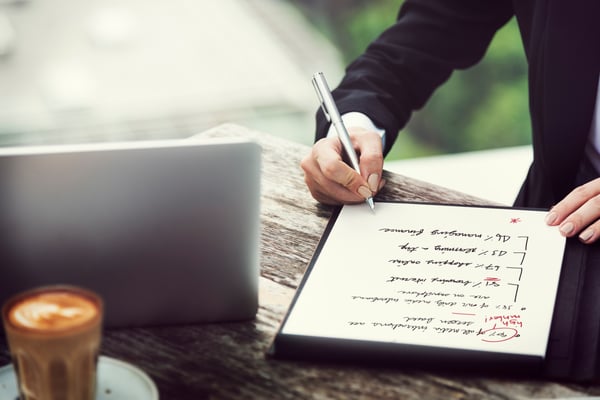 Let’s begin by acknowledging that it isn’t easy to advance your career or to make a job change. Whether it is early in your career or you are a seasoned professional, the challenges are daunting. The good news is that there is a lot of free help on the internet, in bookstores and in a variety of support groups. The bad news is that there is so much information out there that it can be overwhelming. With so much information to take into consideration, there are some common mistakes that job seekers make, especially those that may be involuntarily in the market for a new role.  Below is the Top 10 list . . .

Over the years, many of my clients launched a job search without clearly thinking about what they wanted to do, where they wanted to do it or the steps they needed to take from beginning to end. Frankly, some were still angry and confused about being in the situation, to begin with, and many others had never had to look for a job before. Many began their search process by calling their close contacts just to let them know what happened, and a fairly high percentage did some self-damage with these calls. In some cases, they couldn’t communicate a game plan, so the person they called couldn’t help even if they wanted to. In other cases, the tone of the call was at least slightly negative and a perfectly good contact could have been spoiled—maybe forever.

The key point to make here is that after a little decompression time, an initial game plan needs to be put together before anything else is done. The game plan can be multi-path as long as the directions to be explored are realistic.

The Presentation Statement (PS) is what you say when someone asks you, "Why should we hire you?" or invites you to "tell me about yourself." The PS is the 30-second “elevator speech.”  This is such an important concept that many good career coaches insist that their clients write this out ahead of time and pretty much use it all the time, modifying it only slightly to fit particular situations. Other coaches suggest that the client prepare a series of one-liners and keep them in mental inventory for use in appropriate combinations when needed. Sometimes you don’t get a full 30 seconds to speak at one time either. You can now see why you need a game plan—after all, how do you put together a PS without having a plan?

The content of a good PS answers: who I am; what I have done; what I can do; and what do I want to do.

Another important piece is the Transition Statement (TS) which answers the questions: “why am I available?" or "what happened at XYZ Corp.?" Often candidates don’t prepare these statements ahead of time, and in periods of high stress, pressure or on those occasional bad days, they make something up on the fly and don’t communicate as well as they could have.

There is no perfectly correct resume format. There is a classic, commonly preferred resume formats depending on the client. But there are two common mistakes found in many resumes:

This has taken the place of mass mailings as the job-seeker's panacea. When the job market is as tough as it is now, just applying online is not enough. In fact, if a job seems worth applying for online, it should be worth doing a side-by-side analysis with your applicable qualifications to see how good the fit really is. Even if the qualification match is at nearly 85%, it is very unlikely that there will be a call-back unless you make an effort to get face to face meetings with the company. And if there is no way for you to follow up on the job application, the match should be close to 100% to make it worthwhile. Even then, there may be no call-back from the hiring manager. This can be huge a source of frustration for job seekers.

There are likely hundreds of online applicants for each job. Follow-up and personal meetings are a must to have a chance at success.

5. Little or No Networking

Networking is the most useful job search tool but can also be the one people avoid the most. My favorite job change rule is that those we expect to help us, won’t and those we may not expect to help us, will. My second favorite job change rule is scheduling 2-5 face-to-face meetings a week will lead to a successful job change. You shouldn’t exclude anyone from networking meetings, and you have to think outside the box to figure out how to meet with people face-to-face each week. Then, at each meeting, you should (politely) ask for 2-3 introductions or referrals and make sure to follow through on each. In return, you should offer to be of help now and in the future at each meeting too. You never know how you might be able to help someone else.

It is becoming increasingly difficult to advance your career or make a job change. With there being so much available information and differing opinions about what is right and wrong, it is hard to know how to conduct a successful job search.

In this second part of our two-part series, we continue discussing common mistakes job searchers should avoid:

Some career coaching professionals will suggest that applying for open positions online is a passive activity. In other words, we wait for a job to be open and posted before we take action. A more aggressive, proactive approach is to identify target employers and take steps to become known before a job opening is posted. In fact, the best clients do both. Just posting your resume on a target company's site isn’t enough. Most agree that networking into the firm using LinkedIn or even cold calling is a good way to start. Remember, the largest job market includes positions that are filled by unsatisfactory employees, open slots not yet filled or even positions that get created for spectacular candidates who become known in some way by hiring executives.

We won’t even discuss the candidates who show up with a list of their demands or whose only question is about days off. However, I can think of no better way to prepare for an interview than to do a detailed side-by-side analysis of the job description and how each requirement is met or exceeded.  What a confidence builder!

Then, to all those ramblers out there, remember nothing else but this point: People hear and retain no more than 3 sound bites at a time. Two is better than 3, and 1 is better than 2. Think for a second or two and answer questions in impactful sound bites. Avoid rambling, wordy answers.

Finally, prepare some key questions to ask. The most important question is: “ Do you see any obstacles to my being offered this job?” The second most important is: “How would you like me to follow up with you?” Ultimately, be enthusiastic about the job and ask for it!

I remember a client who made a dozen calls and had 15 resumes on the street the day he was laid off. He had the idea that he was going to collect his severance as well as a new larger salary in days! He knew everybody in the industry. However, after a couple of months of unreturned calls, he was depressed. He wanted to change his resume and wanted a list of recruiters who would find him a job. Two more months went by. Not only did he make some of the other mistakes I've mentioned, but he also made the mistake of having unrealistic expectations.

There are articles out there that say you should expect one month in a job search for each $10,000 of income. I believe that is unrealistic too. Factors that directly impact the length of your job search are:

The last one can be very important. Although, good luck most often comes to those who do things the right way.


Everyone is different, but one thing that often results in an unsuccessful job change is taking a couple of months off. The network gets cold, your skills get rusty, the strategy gets murky, the severance gets used up,  the market changes, the pressure gets higher and it becomes harder to quickly get back into a routine.

The most proven approach is to begin early, follow the process we have discussed, spend 20-25 hours a week on the job search, gain some balance in your life, get the strategy and communication tools ready and then get into it. If a vacation is planned, take 2 weeks, but then get back into the job of finding a job.

For professionals who haven’t been in the job market in the past year or two, navigating the job market without help is difficult at best and fruitless at worst. There is a proven comprehensive process that works. Most people going on their own fail to prepare properly and just wing it over several weeks, ending up more and more frustrated. A good recommendation is to at least talk to a good career coach. Investing in a career coach with supporting tools always results in a fantastic ROI and will also result in your ability to successfully manage a career for the remaining years.