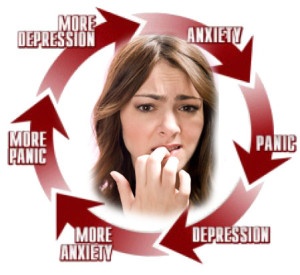 We like to feature guest blogs from smart authors on topics that matter.

Two of our favorite authors are Maryanne Peabody and Larry Stybel from Stybel Peabody in Boston.

In this guest blog, which was orginally published in Psychology Today, they discuss how compassionate outplacement can have a dramatic impact in the post-layoff work environment because it can relieve the stress and anxiety brought on having to have employees exit suddenly.

We think of the private economy as operating in three sectors: (1) Bright spots of cyclical growth.  But they won’t be bright forever.  The cycle will inevitably change.  Rental apartment construction in certain cities would be an example.  (2) Dark spots of cyclical decline.  But they won’t be dark forever.  Since the decline is tied to an economic cycle and cycles change, business will get better.  An example would be the oil sector.

And then there is the third sector.

This third sector suffers from margin compression plus escalation of governmental regulation. And it is not tied to the economic cycle.  The dark times seem to go on forever.

How do you manage a work team under conditions of never ending stress?

Managing a Team Under Conditions of Never Ending Stress

Many of our never ending stress clients seek to “soldier on” during times of stress and wait for “things to straighten out” in time.  They would agree with Winston Churchill: “when going through hell, the best thing to do is……keep going.”

Most of our clients’ approach the issue with a two stage plan:  (1) cost reduction through termination of some employees and (2) ask the remaining employees to do more work with fewer resources under conditions when there is no “light at the end of the tunnel.”

This approach tends to result in poor morale and lower recovery time when things inevitably do brighten up.

Is there a better way?  We think there is:

Humane Downsizing: Building Esprit de Corps When People Feel Helpless, and Planning for the Future when the Future Seems Hopeless.

In response to a cash flow crisis, leaders downsize the employee population, tighten collections, centralize functions, and get tough on inventory control. The emergence of a trimmer organization completes the first stage.

No responsible leader would say “We are finished with downsizing.”   A pall of uncertainty always hangs over the surviving employee population.

Joel Brockner and his colleagues at Columbia University did excellent work on how to maintain employee productivity following a layoff.   He and his team conducted a field study on the relationship between job insecurity associated with a layoff and the work effort of employees who survived.

They found the relationship took the form of an inverted U.

Work performance was highest under moderate conditions of threat: employees understood that there was no job security but they knew the company would actively help them to land on their feet through generous severance and outplacement programs.  Employee productivity was the lowest under conditions of guaranteed job security (no threat).  Employee productivity was also lowest under conditions of minimal job security, bare severance arrangement, and limited or no outplacement assistance (high threat).  And this is the situation faced by many employees today. (Brockner, 1992).

In an earlier study, Brockner and his colleagues found that post layoff employees had the most negative reactions to management when they identified with layoff victims and perceived that those victims as receiving inadequate severance and outplacement. (1987).

In other words, if you make an error during a layoff, make it on the side of being too generous.  Think about the expense as an investment in the morale of remaining employees.

In the wake of Phase One, we found most remaining employees reported at least two of the following three complaints:

It is simply bad business to focus on day-to-day survival while hoping that poor employee morale doesn’t infect other employees or customers.   The research is clear: emotions are contagious. (Pugh, 2001).

Leaders need to work hard to contain the negative emotions.

Colonel Potter as a Role Model for the Second Phase

We found that the most effective leaders build espirit de corps when the team members feel helpless.

One obvious way that leaders do this is to constantly remind them about the importance of their mission.  In health care, it is easy for front line health care professionals to remember that they are in the business of saving lives.  Faculty see that they are in the business of helping students move up the ladder of economic success.  But the core institutional mission can easily be forgotten by administrative employees shuffling paper in the bowels of a bureaucracy.  They need to be constantly reminded about how important they are to the mission.

Colonel Potter as a Role Model

Colonel Potter (played by Harry Morgan) is the regular Army leader of this high stressed-out group.  His mission is to insure operational effectiveness while keeping morale up.  In other words, his focus is Espirit de Corps under terrible conditions. What does Colonel Potter do?

With The Troops.  Colonel Potter is never accused by his physicians of “not knowing how difficult our conditions are.”  During times of crisis, he will conduct surgery.  He is usually walking around and talking with his troops rather than sitting at his desk writing memos.  Indeed he delegates all administrative tasks to his administrative assistant, Radar.

Low Status Image.   Beyond the mandatory insignia of rank, Colonel Potter managed to avoid images suggesting that he is better off than his fellow soldiers. When Colonel Potter speaks about recreation he speaks about simple things like fishing.  The message is “we are all in this together.”

Encourage Celebrations.   The M*A*S*H unit was always looking for an excuse to party and Colonel Potter would be there to celebrate.  Celebration of small success is critical during these times.    People need frequent, concrete reminders that their team is moving in a positive direction even if the Friday celebration is to note that we survived the week!

Readily Expresses Appreciation.  “I Really Appreciate What You Did” is a phrase Colonel Morgan utters over and over again.  Employees always need personalized, positive reinforcement.   But the need is never more required than during times of seemingly unending stress.

In addition to having the right leadership role model, we found that fostering espirit de corps often focused on using team-based compensation for jobs well done.  We observed the following:  the group being given movie tickets for themselves and their families, prepaid gas cards, etc. The group focus was on the small luxuries that people may have eliminated during their family financial cost cutting. The use of team-based incentives helps reinforce “We are in this together.  I don’t want to let my team members down.”

On the other hand, individually-focused incentives only serve to isolate individuals from their peers on the team.

As the speed of an automobile increases, driver peripheral vision decreases.  And this creates vulnerability to side collisions.  As stress in the work place increases, empathy decreases.  This creates vulnerability to more stress within and between teams.  Helen Reiss is Harvard Medical School researcher and a psychiatrist at Massachusetts General Hospital.  She also is founder of Empathetics, Inc.   Dr. Reiss has an excellent TED talk about her research on empathy plus practical suggestion for recovering it under conditions of high stress (2013.  She also has done controlled studies showing how people can recover lost empathic skills. (2014).

Phase Three: Plan for the future When the Future Seems Hopeless

Our most successful companies put together task forces to develop scenarios that would allow the company to seize opportunities when conditions finally stabilize or become positive.  This is difficult to do when the stress is not based on cyclical economic downturn.

Key team questions:  (1) Other than revenue, what are the leading indicators that allow us to determine that better times are ahead?  (2) What plans need to be implemented immediately to help the unit rebuild?  (3) How can we act now to fill the talent pipeline we will need in the future. (4) How can we do a better job of keeping in touch with our customers/clients?

All sectors of the economy experience downturns.  But some downturns are cyclical.  Downturns caused by the economic cycle will recover when the cycle inevitably turns up.  But some downturns are caused by an unending combination of reduction in cash, increased government regulation, and seemingly no end in sight.  Health care delivery is one sector going through these times.  Certain sectors of nonprofit higher education are going to go through it.  There are probably others.

How does one manage a team under conditions of perceived stress that never ends?

1.There will be layoffs in response to the reduction in revenue.  Since remaining employees identify with the people being laid off, err on the side of generosity with your severance and outplacement programs.  Trying to save money now on severance means you will spend more money later on recruitment.

It may seem delusional for leaders to think the stress will ever go away.  But leadership is a performance art that includes getting stakeholders excited about a reality that does not yet exist.