The conventional wisdom in Talent Acquisition is that the passive candidate (someone not looking to leave their job) is the best recruiting target.

The passive candidate focus is based on the idea that the most qualified candidates are the ones that are happy and successful in their current role/company.

The “we only hire passive candidates” rationale also believes that there must be something wrong with the professionals who are actively looking or who are in transition.

I want to suggest that this talent acquisition strategy will lead recruiters to longer search cycles, paying higher than market values, and no measurable improvement in their quality of hire.

Peter Cappelli, in his HBR article, Your Approach to Hiring Is All Wrong frames the challenge to hiring only passive candidates this way:

Fascinating evidence from the LinkedIn survey cited above shows that although self-identified “passive” job seekers are different from “active” job seekers, it’s not in the way we might think.

The number one factor that would encourage the former to move is more money.

For active candidates, the top factor is better work and career opportunities.

More active than passive job seekers report that they are passionate about their work, engaged in improving their skills, and reasonably satisfied with their current jobs. They seem interested in moving because they are ambitious, not because they want higher pay.

Based on Peter Cappelli’s insightful comments, you have to ask yourself:

Do I want to recruit candidates motivated by money (passive) or by opportunity (active/in transition)?

Speaking of money, passive candidates will generally cost more to hire than active ones. As Capelli writes in his article:

As the economist, Harold Demsetz said when asked by a competing university if he was happy working where he was: “Make me unhappy.”

Bob Elam, our CMP Managing Director of Talent Acquisition, told me that in addition to having to pay a premium to attract a passive candidate away, you also have to factor in the potential for a counter-offer from their current employer. The recruiter then faces a bidding war with odds not in their favor (unless they throw money at the solution).

If research does not support that passive candidates will be better performers, why should recruiters spend the extra time finding them and hiring managers pay a premium to hire them?

The conventional wisdom still supports the idea that the passive candidate is a lower risk to hire and that they will stay longer and be more productive in their new organization. I understand this because our CMP Talent Acquisition team addresses these concerns with our clients.

I have seen how they work with their hiring managers to have an open mind to looking at the active and in transition candidates. One approach that they have successfully used is to have all candidates take our pre-hiring assessment for fit. By doing this, a level playing field is established, and the best candidates, regardless of being passive or active, rise to the top. 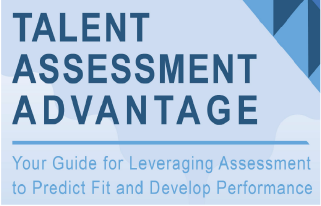